The Dangers of Motorcycles and Lane Splitting

In some states, motorcyclists can navigate around traffic using a technique known as lane splitting. Motorcyclists accomplish lane splitting by driving in the gaps between cars during heavy traffic. It is also known as white lining, stripe riding, or lane sharing. While many bikers lane split throughout the nation, most states have not legalized the driving technique largely because of the dangers of motorcycles and lane splitting. 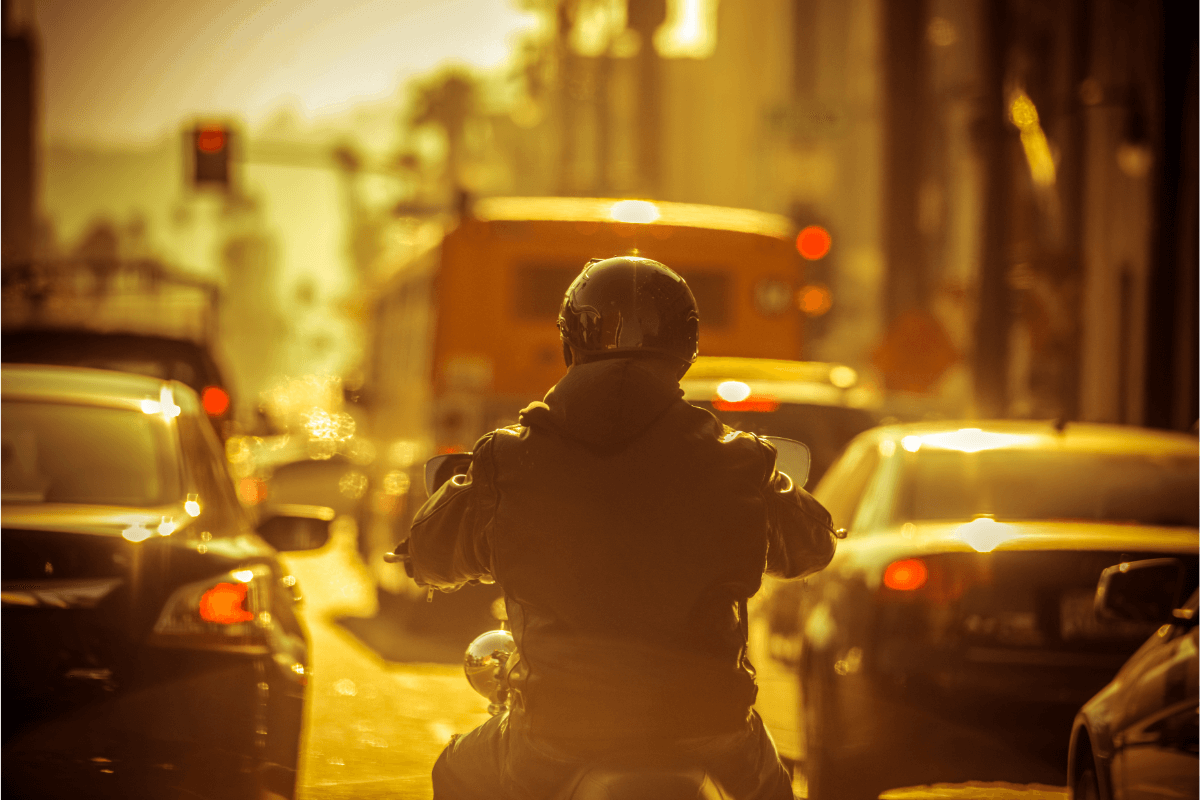 Lane splitting is dangerous for all kinds of drivers on the road, from truckers to motorcyclists. Because most drivers understand that this action is illegal in most states and a dangerous practice, they do not expect motorcyclists to take engage in this driving behavior. This lack of awareness can cause motorcyclists to get hurt. It’s important to remember that motorcyclists are the ones who are likely to be the most injured in these roadway accidents with passenger vehicles because they do not have the protective measures a car, truck, or another vehicle has.

What is Lane Splitting?

Any motorcyclist in Texas should hold a valid motorcycle license and have undergone training to learn how to properly operate a motorcycle. Knowing this, most riders understand the dangers, yet so many still do it. What exactly is it? Lane splitting occurs when a motorcycle rides over the painted dashed lines on the road to pass between slower-moving motor vehicles. This often happens in slow-moving traffic or stopped traffic during rush hour or when an accident or road construction slows vehicles. Motorcyclists will often dart in between cars and/or in between the designated lines for driving. Just because a motorbike can fit in between two cars next to each other in two separate lanes, doesn’t make this practice legal in Texas and doesn’t make it a safe driving behavior.

Lane splitting is illegal in Texas, but only because there is no law making it legal for motorcyclists. The only laws on it state that vehicles may only move within a single marked lane and leave their lane only when it is safe to do so. Since motorcycles slip by large moving vehicles while lane splitting, this maneuver is considered unsafe under the current driving laws.

In Texas, the laws for drivers are clear, stating that drivers must proceed in a single lane and must not move from the lane unless they can do so safely. The laws also pertain to highways and roadways with three or more lanes. Motorcycle lane splitting commonly occurs on Texas highways. Currently in Texas, anyone caught lane splitting can be given a $175 fine. The Texas Senate has a bill that is waiting to be passed that would allow motorcyclists to legally engage in lane splitting if they are going 20 mph or lower.

Let’s look at an example of a common motorcycle accident where lane splitting was involved. A car changes lanes in front of a  motorcycle without using a turn signal. Even if lane splitting was legal, this accident could be dire for the motorcycle operator if they are traveling faster than the car cutting in front of them. Whenever a motorcycle is involved in an accident while lane splitting, various parties could be at fault depending on the situation. If a car did not have a turn signal on, the driver could be liable for any resulting injuries; however, if a motorcyclist failed to operate their bike safely, they could be partly responsible which would reduce their total potential recovery for the losses they sustained.

If you were injured in a motorcycle accident, our attorneys can help you with medical bills, lost wages and more.